Clemson quarterback and soon-to-be NFL first round draft pick, Deshaun Watson’s upbringing was significantly shaped by his home life.  Watson, along with his mother Deann and three siblings, lived in a small, cramped apartment in Gainesville, Ga.  Until one day, Deshaun brought home a Habitat for Humanity application that gave steps to home ownership, which Deann pursued. She spent over 300 hours helping build new houses before they could move into one of their own.  His life was forever changed. 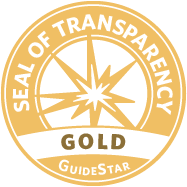